Despite finding out that I wouldn’t be running with these ladies in August, this week has turned out to be a decidedly glass-half-full kind of week.

1. I get to run Ragnar NW Passage in July. And when I said with Nuun, I meant with Nuun – it’s their corporate team. I’d be silly to turn down this opportunity and I’ve already been stalking the legs trying to decide which one I want!

Arm warmers – probably in black since that matches most of what I wear.  Not exciting, but I’m not too much of a pink-loving girl and the orange ones won’t go with diddly in my running wardrobe…

Long Roga short, Stride short, or Bum Wrap – do I want to hide my thighs, suck in my bum and thighs, or hide my bum?  I’m leaning towards the Roga simply because they look like they’d transfer to regular wear more easily.  Yes, I do wear my running clothes as everyday clothes!  And, admit it, so do you!

Thoughts or reviews on any of these? I love the Green Lake Hoodie (and it’s on sale), but it would still use up a good chunk of the amount.  Seriously, this is like being a kid in a candy store – I want one of each!!!

3. I booked my follow up appointment for my heart-rate training for June. I was originally going to re-test in July, but they offered me a substantial discount for booking in April. This way I’ll have my new numbers pretty much right at the start of fall marathon training. It meant giving up my Brooks Pure Cadence for now, but this is better for my training at this point. I know I haven’t gotten a lot faster (been slacking on the once a week zone 3 work) however, I feel like I am getting much better at staying in zone 1. Since I’ve been doing most, if not all, of my runs on a treadmill I know I’ve increased my speed for zone 1.

4. My marathon is next Sunday (6 May). I might feel woefully underprepared in terms of breaking 5 hours and getting a PR, but I know I will finish it. I’m excited to get my shirt (will be women’s specific) and medal because they’re really nice!

5. I got to go swimming with Spud yesterday. Yes, we hang out almost all day everyday, but this was part of school so he got to play with his friends.  I am totally counting this as cross-training!  Since there were more kids than parents/supervisors I had an extra child to look after.  Turned out that their favourite activity was having me hold them as I navigated our way through the lazy river.  Of course, I had to make sure the current didn’t run us into the walls so I got a decent lower body workout while holding 40lbs under each arm!  Win-win for everyone!

What made your glass half-full this week? Any good news? 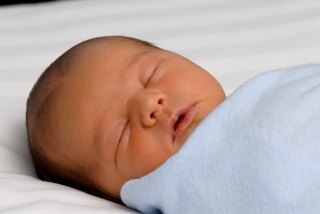 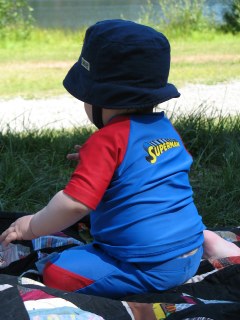 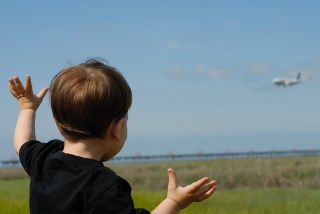 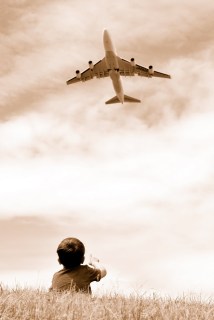 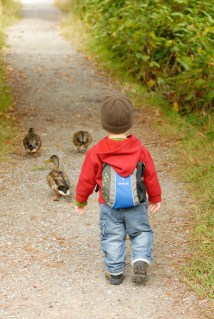 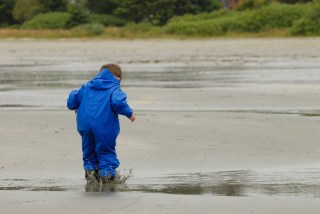 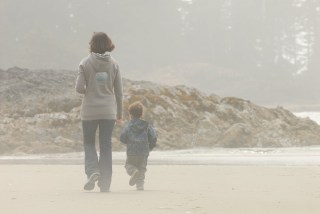 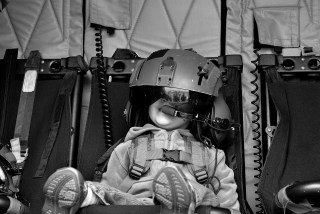 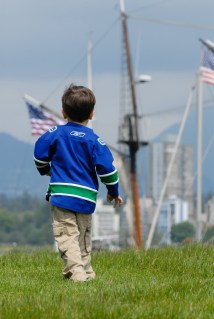 A Joke For Your Weekend

As I’ve mentioned before Spud is almost 4.  His favourite new thing is to come up with jokes.  Here’s today’s offering, which I think is pretty good (and makes much more sense than most of them).*


* I’m his mother so I’m quite biased.  Also, I can’t remember how to tell a joke to save my life so any joke is a good one.

Wordy Wednesday – We May Have A Problem

Colin and I have an aspiring runner on our hands which, since Spud is 3-1/2, I think is awesome.  Unfortunately I don’t think we can enter him in a race any time soon.

Let me explain: We live in a condo so we don’t have a lot of inside running around space.  So Spud’s preferred “race” route is around our living room table.  It’s normal for him to get his sillies out before bed by doing laps.  Sometimes he’ll stop for “fuel” (yogurt or Cheerios) every 2 or 3 times around.  Yesterday, however, his competitive side came out.  And I mean COMPETITIVE!
He started out okay.  Then all of a sudden he began pushing his arms back and yelling, “CRASH!”, every time he took a step.  I asked if he was pretending to be a race car.  Um, no.  He told me that he was pushing all of the other runners out of his way.  I don’t think he believed me when I told him that he wouldn’t be allowed to run if he did that in a real race.  So he stopped and had a sit-down break, which are apparently okay in races because all of the other runners have to stop and wait for him to be finished.
I had hoped that he was just going to go back to running laps nicely, but that didn’t happen.  Instead Spud put a pillow on the ground and used it as a hurdle.  He then said, quite matter-of-factly, that the pillow stopped the “pretend runners” from catching him since he was a “real runner”.  I have a feeling he didn’t mean pretend in the invisible sense, but that he meant that they were posers.  Complex thoughts for a preschooler…
As Colin said after, maybe he and Spud should be playing a little less Need For Speed: Hot Pursuit?  All I thought was that we should sign him up for the local T&F club when he’s old enough!

1. I’m sick. Yaaay! Spud has had a cold for the last almost 2 weeks and yesterday I started with the sneezes and drippy nose. Hopefully I won’t get the puking and coughing…

2. I have a run planned with a friend tomorrow afternoon. Spud is starting a gym class and it’s not parent participation! He loves the teacher – so much so that the rec centre is referred to as “Miss Leslie’s” – and I don’t think that there will be an emotional breakdown as I leave… (knock on wood). It will be nice to get out for almost an hour and the rain is supposed to clear up late morning.
3. I have to clean my kitchen. Not exciting, but that was the best thing I could come up with. How sad is that?